Aaron A. Burke is Professor of Near Eastern Archaeology in the Department of Near Eastern Languages and Cultures at UCLA. His research addresses social and cultural change in the Eastern Mediterranean during the Bronze and Iron Ages. His interests include warfare, environment, and their impact on Levantine communities. 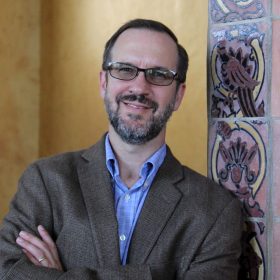