Alli Carlisle is a doctoral candidate in the Department of Spanish and Portuguese at UCLA whose research focuses on the influence of psychoanalytic paradigms of thought on narrative and identity construction in mid-20th century Cuba. She is also involved in activism around labor, education, gender discrimination, and racism. 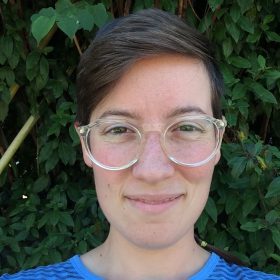