Professor Kim’s scholarly interests range from the age of Enlightenment to the present day with an emphasis on postcolonial and translation studies, digital humanities, human rights, political and cultural theories, and intersectional narratives of citizenship, solidarity and animality. Professor Kim’s first monograph is Cosmopolitan Parables (Northwestern University Press, 2017) and it investigates how and why German writers have represented memories of colonialism, Nazism, and communism as cross-referential entanglements in the post-Cold War world. His edited books include The Postcolonial World (Routledge, 2016; co-edited with Jyotsna Singh), Imagining Human Rights (De Gruyter, 2015; co-edited with Susanne Kaul), and Georg Simmel in Translation (Cambridge Scholars, 2009). Professor Kim is currently working on two book manuscripts. The first one explains how German philosophers are foundational in the latest intellectual discourses on solidarity, one of the most elusive concepts in political and social theories. The second project, titled Beastly Citizens, examines how longstanding distinctions between animal and human have been supplanted by imaginaries of beastly citizenship since the rise of neoliberal capitalism.In his role as Faculty-in-Residence, Professor Kim works closely with residents in Hedrick Hall and especially in the Humanities Residential College. With the support of the UCLA Residential Life, he organizes workshops for academic excellence and faculty-student discussions about career development, graduate school, and political citizenship. He also takes residents on field trips to museums such as the California African American Museum, the Getty Center, and the LACMA and participates in community service that involves residents on the Hill. 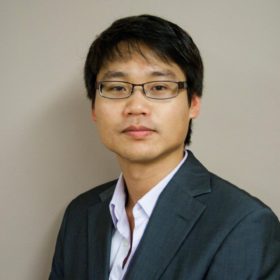