I joined the UCLA Classics department in 2013, having taught previously at Oxford, Reading and Cambridge Universities in the UK, and having studied at Trinity College Dublin, where I received my BA, and at Oxford, where I received my DPhil. My interests range widely over Latin literature, and are motivated by a number of different critical concerns — in particular, genetic criticism and editorial theory, psychoanalysis and cultural poetics. Much of my recent research has focused on questions of authorship, and especially on how the role and identity of ancient authors may be complicated, extended and fashioned by the editors who transmit their works. My first book, Ovid’s Revisions: The Editor as Author, explored the particular permutations of this question that arise when an author (Ovid) is also the self-proclaimed editor of his own texts, and exploits this dual identity to circulate meaning both within individual works and across his entire oeuvre. My current book project explores the more traditional version of this question by considering its application to the interventions made by the editors and readers of Cicero’s letter collections.

With Sean Gurd, Professor of Classics at the University of Missouri, I am co-convener of author.net, a transdisciplinary collective working on authorial distribution in ancient and digital media. Our first conference on this topic was held at UCLA on October 5th-6th 2018.

With Giulia Sissa, Professor of Classics and Political Science at UCLA, I am co-organiser of Metamorphosis and the environmental imagination (from Ovid to Shakespeare), a conference that will be held at UCLA in October 2019.

I teach graduate and undergraduate courses in Latin language, literature and Roman culture, including its reception in film with the GE Classics 42. 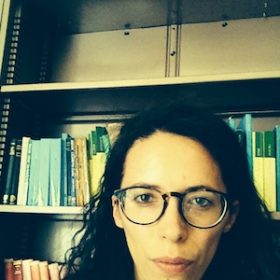