Kaleb Herman Adney is a PhD candidate in the History Department at UCLA who is interested in the cultural institutions and financial practices which defined commercial life in the nineteenth-century Ottoman Empire. In general, he seeks to explore the historical contingencies which shaped capital accumulation within this particular context. At UCLA, Herman is currently writing a dissertation on the tobacco trade of late Ottoman Macedonia and Thrace using sources in a variety of languages including Ottoman Turkish, Greek, Franch, Ladino, and Arabic. In 2018-2019, Herman conducted research in Turkey and in Greece on a Fulbright Fellowship and has spent significant amounts of time in each country as well as others in the Levant and the Balkans. In 2019-2020 and in 2020-2021, Herman was nominated to teach Writing II courses of his own design for the History Department. He teaches courses on Ottoman and modern Turkish history with and eye towards comparative regional analysis. 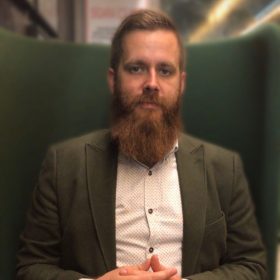