Patricia Arroyo Calderón is an Assistant Professor in the Department of Spanish and Portuguese at UCLA. She specializes in Central American history, literature, and visual culture, with a focus in the late 19th and early 20th centuries. Her main research interests include the role of cultural production in the formation of social imaginaries and structures of inequality, as well as in contributing to the pervasiveness of economic, social, and political patterns of exclusion. 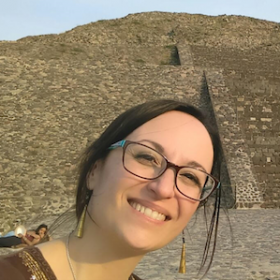