Todd Presner is Chair of UCLA’s Digital Humanities Program and Ross Professor of Germanic Languages and Comparative Literature. Since 2018, he is Associate Dean of Digital Innovation in the Division of Humanities and Adviser to the Vice Chancellor of Research for Humanities, Arts, and Social Sciences research. From 2011-2018, he was the Sady and Ludwig Kahn Director of the UCLA Center for Jewish Studies. He serves as faculty co-PI on the “Urban Humanities” initiative at UCLA. His research focuses on European intellectual history, the history of media, visual culture, digital humanities, and cultural geography.  He is the author or co-author of five books: The first, Mobile Modernity: Germans, Jews, Trains (Columbia University Press, 2007), maps German-Jewish intellectual history onto the development of the railway system; the second, Muscular Judaism: The Jewish Body and the Politics of Regeneration (Routledge, 2007), analyzes the aesthetic dimensions of the strong Jewish body; the third, Digital_Humanities (MIT Press, 2012), co-authored with Anne Burdick, Johanna Drucker, Peter Lunenfeld, and Jeffrey Schnapp, is a critical-theoretical exploration of this emerging field; the fourth, HyperCities: Thick Mapping in the Digital Humanities (Harvard University Press, 2014), with David Shepard and Yoh Kawano, explores digital cultural mapping using the HyperCities project as a starting point — click here for the downloadable version of the HyperCities book in e-scholarship; the fifth, Probing the Ethics of Holocaust Culture, co-edited with Claudio Fogu and Wulf Kansteiner (Harvard University Press, 2016), explores the history of representations of the Holocaust and contemporary debates in the field.

From 2005-2015, Presner was director of HyperCities, a collaborative, digital mapping platform that explores the layered histories of city spaces. Awarded one of the first “digital media and learning” prizes by the MacArthur Foundation/HASTAC in 2008, HyperCities is an interactive, web-based research and teaching environment for authoring and analyzing the cultural, architectural, and urban history of cities. Project co-PIs included: Mike Blockstein, Philip Ethington, Diane Favro, Chris Johnason, and Jan Reiff. The HyperCities platform is not longer functional (due to changes in the Google Earth API); however, all projects are archived and can be downloaded as KML files for the desktop version of Google Earth. 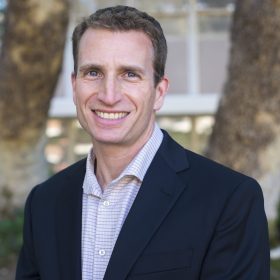