Unai Nafarrate-Errasti is a Lecturer in the Department of Spanish and Portuguese since 2014, teaching Spanish (Beginner and intermediate Language Acquisition; Advanced Composition) and Basque Studies. His academic efforts are motivated by promoting Minority Language Awareness through media and performing art production, as a channel to empower second language learners and native speakers to manage their contact spaces and domains in the most effective manner. With that objective, Unai started teaching Basque language to public servants in Vitoria-Gasteiz while finishing his bachelor degree, which concluded with a publication about the social “prestige” factor in variation sociolinguistics. In 2010, he took the opportunity to revive the existing Barandian Chair of Basque Studies at the University of California, Santa Barbara as Lecturer, where he developed the curriculum and taught both lower division language classes and upper division Basque Culture classes. Since then, Unai has also been actively involved with the Basque diaspora in Southern California, volunteering with their clubs and working with their boards of directors and members, in order to develop their language and culture programs. Unai pays particular attention to the diaspora’s efforts to maintain their body of choreographic pieces as a way to shape, pace and color their heritage. In the last 8 years, he has developed his academic career teaching a variety of language and culture courses (Spanish and Basque) in universities in Southern California (UCSB, CSUB and UCLA). 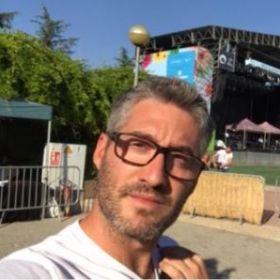